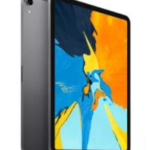 The 2019 iPad is Apple’s budget offering, relative to the other slates in its lineup. However, just because it’s the most affordable iPad you can get at $329, doesn’t mean it’s a slouch. There’s a large, crisp Retina display and full Smart Keyboard and Apple Pencil support, giving it an advantage over the smaller Mini 5. Performance is solid with the A10 Fusion processor, though it isn’t as powerful
as the ones you get on the Pro or the Air and Mini. That said, the 7th generation iPad is clearly geared toward students and productivity. It supports all the multitasking features of the iPad OS, has external storage support, and solid battery life. Simply put, it’s one of the best iPad’s to buy for the price.

There are no reviews yet.

Only logged in customers who have purchased this product may leave a review.

No products in the cart.